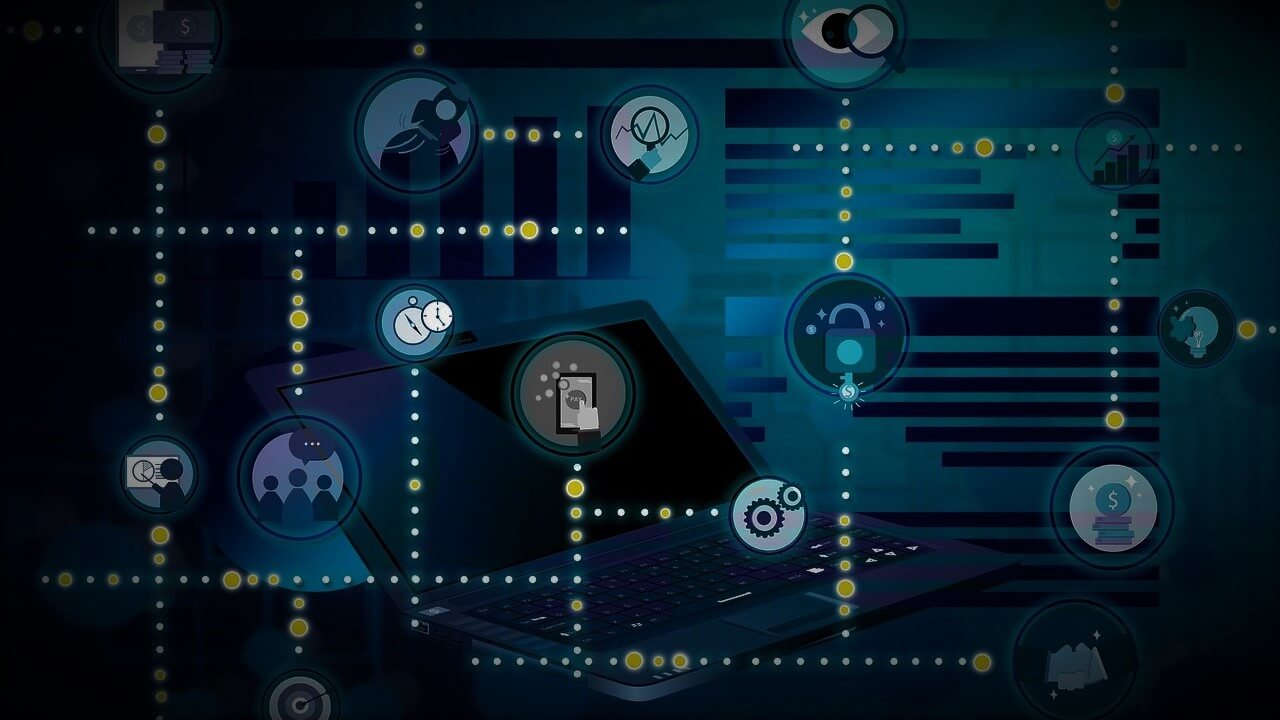 News From The Digital Marketing Multiverse

Twitter confirms there will not be a tweet edit option any time soon, Facebook backs off their plan to plaster ads all over WhatsApp, Google has pre-announced yet another core update (first one for 2020) so keep an eye on your rankings plus an expansion to the search listing format for web-based queries, Microsoft Advertising announced Sweepstakes (?), a bid simulator for Google Ads bidding strategies, PPC trends to watch in 2020 and a popular WordPress plugin vulnerable to exploitation.

“Innovation needs to be part of your culture. Consumers are transforming faster than we are, and if we don’t catch up, we’re in trouble.” – Ian Schafer

Back in 2016, Twitter’s CEO Jack Dorsey gave users hope by suggesting that editing tweets could be made available. Within a confined window. Like a 5-minute gap after posting a tweet where users will be able to fix up any errors if required. Well, that didn’t happen.

Following in the footsteps of Brian Chesky: what’s the most important thing you want to see Twitter improve or create in 2017? #Twitter2017

Dorsey once again raised the prospect of an edit option in a podcast interview with Joe Rogan in 2019 and yet, there’s no such option available.

All the buzz about an editing option was certainly exciting for users. However, as you can see, editing tweets is still a dream. But would it be one that comes true?

Sadly, no. In a recent interview with Wired, Jack Dorsey straight-up confirmed that an edit button is not on the cards for the platform and likely, it’ll never be.

If you listened carefully, Jack did say probably, so if you’re looking for some indicator of hope to cling to, there it is. However, it’s probably not even going to happen. Which, theoretically, means it still might but it seems quite unlikely.

So, if you’re pushing for tweet edits, the mountain you’re attempting to conquer just got a little steeper. But hey, it’s still possible. Though, probably not.

Facebook is backing away from its earlier plans to sell ads for placement inside its enormously popular WhatsApp messaging service.

According to WSJ, the team which has been working on building ads into WhatsApp has been disbanded in recent months and their work was subsequently deleted from WhatsApp’s code.

The Journal notes that Facebook still ultimately aims to integrate ads into WhatsApp’s status feature. However, for now, the app will remain ad-free.

The advertising set back has led Facebook to instead focus on WhatsApp features that will “allow businesses to communicate with customers and organise those contacts”. However, the former co-founders – Koum and Acton – were reportedly concerned that a commercial messaging feature would force WhatsApp to weaken its end-to-end encryption. The company’s desire to monetise WhatsApp was also a part of the reasons that drove the former co-founders out of Facebook back in 2018.

So, no ads in your WhatsApp stream seems like a continued good move and one that will certainly ‘please’ users. Still, expect Facebook to ramp up its focus on payments and eCommerce as a result.

Google announced that there’s a new core update – first one for 2020 – which started rolling out January 13. The company generally rolls out such algorithmic updates every few months or so.

Later today, we are releasing a broad core algorithm update, as we do several times per year. It is called the January 2020 Core Update. Our guidance about such updates remains as we’ve covered before. Please see this blog post for more about that:https://t.co/e5ZQUA3RC6 — Google SearchLiaison (@searchliaison) 13 January 2020

The most recent previous core update was the September 2019 one which felt weaker to many SEOs and webmasters. Many said it didn’t have as big of an impact as previous ones. There was also an update released in November but it was specific to local rankings.

So, what should you do if you are ‘hit’? The company has given advice on what to consider in case you are negatively impacted by a core update in the past. There are no specific actions to take to recover. In fact, a negative ranking impact may not signal anything is wrong with your pages. However, Google has offered a list of questions to consider if your site is hit by a core update.

Why do we care? Whenever Google updates its search ranking algorithms, it means that your site can do better or worse in the search results. Knowing when Google makes these updates gives us something to point to in order to understand if it was something you changed on your website; or, something Google changed with its ranking algorithm.

In May 2019, Google unveiled a new look for its mobile search listings including brand icons and more prominent domain listings – which are designed to help provide more clarity around the sites that users are connecting with via search.

Now, Google is expanding this new format to web-based queries as well.

Last year, our search results on mobile gained a new look. That’s now rolling out to desktop results this week, presenting site domain names and brand icons prominently, along with a bolded “Ad” label for ads. Here’s a mockup: pic.twitter.com/aM9UAbSKtv

According to Google, “the format puts a site’s brand front and centre, helping searchers better understand where information is coming from, more easily scan results and decide what to explore.”

In addition to brand icons which are located on the left of the domain listings – in each result, the format for Google ads has also been updated, with a bold ‘Ad‘ notifier next to the top paid result.

Why do we care? The change is important to note for digital marketers as it may provide a new opportunity for businesses to better establish their branding via search. However, in order to capitalise on it, businesses need to ensure that their site icon – or favicon – is up to date.

In itself, the update is not a major, functional change. Yet, those favicons stand out in desktop search queries and given that around 90% of searches handled on desktop PCs come via Google, it’s definitely worth taking note and optimising your listing wherever possible.

What does the future hold for PPC? In 2019, audiences and automation were just a couple trends PPC marketing experts expected to dominate. However, what will the most important PPC trends in 2020 be?

Our dear friends at SEJ asked 39 of the top PPC marketing experts this exact question and put all the answers in an ebook you simply must-read.

So, without further ado, here are the top 10 PPC trends you need to watch out for in 2020 – from paid search through paid social to remarketing and beyond:

This just scratches the surface of the insights and predictions you will find in SEJ’s PPC Trends 2020 ebook. So, without any delay, download the free ebook and welcome to what’s next for PPC.

Google Ads is rolling out bid simulator support for the Target ROAS (return on ad spend) bid strategy, as well as a new budget simulator.

The simulator works the same way it does in manual and Target CPA bidding campaigns. The projected impact of a change is based on your auction data from the past seven days and assumes all other influencers. Such as your ads, landing pages, your competitors’ ads and bids, all stayed the same.

Budget Simulator to Maximise Performance. Maximise clicks and Maximise conversions are both bid strategies that aim to spend your entire budget in pursuit of maximising the number of clicks or conversions the campaign can generate on a daily basis. If you’re using these strategies and routinely running out of budget before the end of the day, you may see the budget simulator icon appear in the “Status” column. It shows the projected impact of changing your daily budget. These simulations are also based on your past-seven-day auction data.

Why do you care? The simulators can be very helpful directional indicators of the possible performance impact from making a bid or budget adjustments. However, you should keep in mind that the projections are based on historical data. Actual future performance can – and often does – vary from these projections.

A WordPress plugin has been found to contain “easily exploitable” security issues that can be abused to completely take over vulnerable websites.

The plugin at the heart of the matter, WP Database Reset, is used to reset databases – either fully or based on specific tables – without the need to go through the standard WordPress installation process. According to the WordPress library, the plugin is active on over 80,000 websites.

Tracked as CVE-2020-7048, the first critical security flaw has been issued a CVSS score of 9.1. As none of the database reset functions was secured through any checks or security nonces, any user was able to reset any database tables they wished without authentication.

All it would take to reset a website back to the basics was a simple request – wiping out posts, pages, comments, users, uploaded content, and more in a matter of seconds.

The other vulnerability, tracked as CVE-2020-7047 and issued a CVSS score of 8.1, allowed any authenticated user – no matter their permissions level – to not only grant themselves god-level administrative privileges but also “drop all other users from the table with a simple request.“

Wordfence recommended that users of the plugin must immediately update to the latest version of WP Database Reset, 3.15.