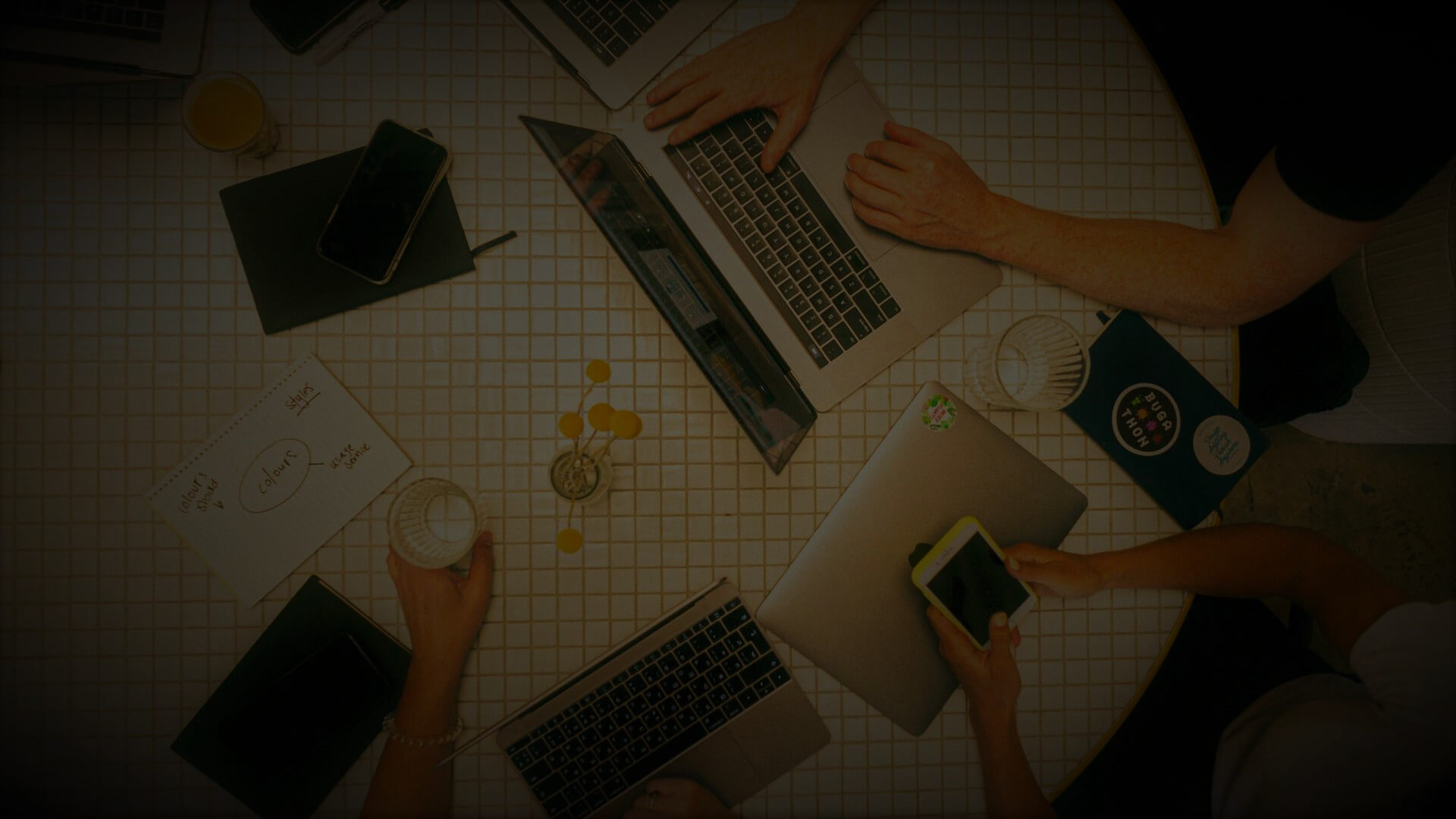 Digital Marketing News: The Social Media Platforms To Watch In 2020, Issues With SEO Plugins In WordPress & The Critical Role Of Reviews

YouTube and Facebook Stories are seeing rapid growth in 2020, Google shifts to mobile-first indexing for the whole web, several WordPress SEO plugins are on the blink, Google Ads revamps attribution reports, updates the mobile app with new features and dark mode, plus fake and inaccurate reviews are driving billions in ‘wasted’ consumer spending.

Here are a few key insights from the study –

Given the rising popularity of the Stories format and the continuous video dominance of YouTube, it makes sense that marketers would be looking to those channels. They have the potential to reach the largest audiences.

Mobile-First Indexing Coming To The Whole Web In September

Google has been working on making mobile-first indexing the default behaviour of its search engine since 2016.

Earlier this month, the company stated that by September 2020, mobile-first indexing will become the default behaviour for all websites.

After a few small tests, the company started going all-in last year; and, by December 2019, it used mobile-first indexing for more than half of the web pages it showed in its search results. Today, that number is 70% already.

Google says most sites are now ready for its new system. However, it’ll still occasionally crawl the desktop site with its traditional Googlebot. That means site owners may see increased crawling by Google in the coming months, too. The company will now use two different crawlers: one that identifies itself with the mobile smartphone user-agent; and, one that will look like the Chromium version it uses to render the desktop site. For the most part, though, website owners will see the mobile agent.

Webmasters who want to make sure their sites are ready can head to Google’s Search Console and check the status of their pages.

Numerous users of the Google Analytics Dashboard for WP plugin by ExactMetrics claimed they’ve lost traffic data after updating to the newest version of the plugin. In the meantime, Yoast SEO and Rank Math plugins have been producing incorrect canonical URLs when those URLs contain Unicode characters.

Google Analytics data lost. Users of the Google Analytics Dashboard for WP by ExactMetrics plugin (previously known as GADWP) have taken to Twitter and the plugin’s support page to report the loss of data. Joe Youngblood was the one who brought our attention to the issue which seems to be triggered after updating to the newest version of the plugin. Users have also raised concerns over the plugin’s recently expanded permissions requests.

Yoast SEO, Rank Math and canonical URLs. According to webmaster Shahram Rahbari,  the canonical URL functionality of WordPress SEO plugins Yoast SEO and Rank Math is pointing to “http://site.com/—/” instead of the designated address when URLs include Unicode characters. The Founder and CPO of Yoast said the company is aware of the issue and a fix will be included in the next release. Rank Math has also fixed the issue, stating that it “only impacted non-English websites where canonical URLs were manually changed.”

Why should you care? Not having analytics data means that you’re flying blind: you can’t see how people are getting to and behaving on your site, which affects your ability to interpret trends and make historical comparisons. It will, of course, also affect reporting to clients and stakeholders.

Attribution reports in Google Ads have a new look. The new experience will help you quickly understand how your customers interact with your marketing throughout the purchase cycle, so you can take action in the areas that are driving results. ➡ https://t.co/Gi1ep6mdi0

These reports will be essential for businesses to track the success of their Google Ads campaigns. Why? Because they will provide information about paths which lead to conversions.

By combining some reports and removing others, Google Ads is helping users focus on the most important insights. The available attribution reports in Google Ads include –

a) Overview – a high-level view that helps users better visualise their customer’s paths to conversion;
b) Top paths – the most common paths customers take to complete a conversion;
c) Path metrics – paths broken down by audiences’ devices (desktop, mobile, tablet);
d) Assisted conversions – all conversions assisted by clicks other than the last click; and
e) Model comparison – help users compare cost per conversion and return on ad spend for different attribution models. 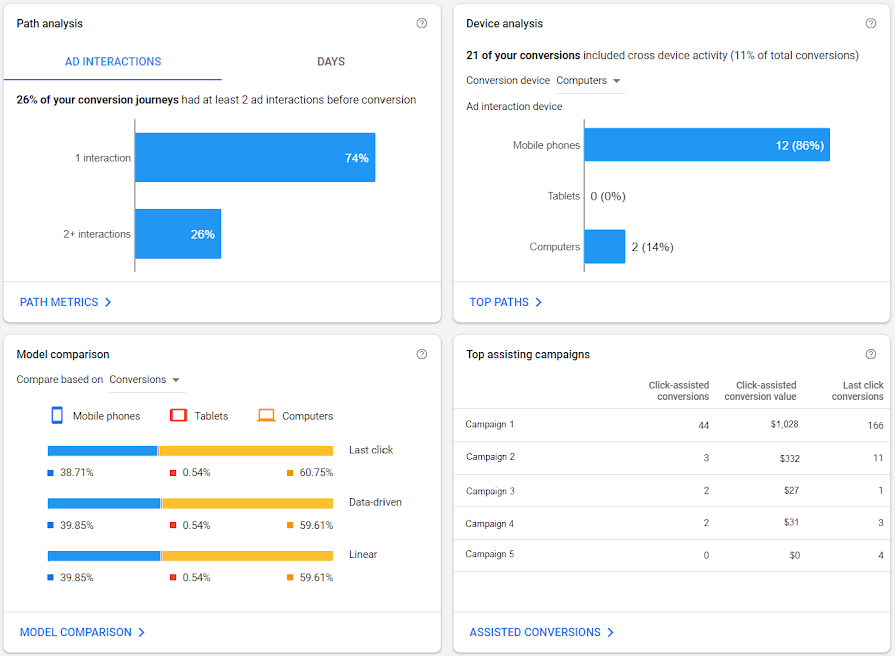 The new attribution reports can be found by clicking on the tools & settings icon (wrench) in the upper right. Then, click on Measurement, then select Attribution.

The account overview screen will now display account and campaign-level optimisation scores as well as their corresponding performance improvement recommendations. Additionally, users will receive notifications – via the mobile app – when their optimisation score changes. Furthermore, whether users are in a low-light environment; or, prefer darker background colours on their phone, they will have the option to use Dark Mode in the mobile app.

American consumers state they’ve wasted $125, on average, in 2019 due to inaccurate reviews, according to a recent report. If we extend that across the adult population, as much as $25 billion in U.S. consumer spending has been wasted due to inaccurate (or fake) online reviews.

The study was based on a survey of more than 6,300 adult internet users in the U.S., UK and France in December 2019; and, carried out by UK-based research firm Canvas8.

According to the report, despite the decline in trust towards brands –  and the media, 48% of U.S. consumers rely more heavily on reviews today than they did two years ago. The stats also show that 89% of consumers globally – and 90% in the U.S. – check online reviews before making a purchase.

However, nearly half (49%) of consumers also “believe that ‘too many companies’ are creating fake reviews online.” Those consumers worry that fake reviews “will lead them to waste money on poor products and services” – hence the $125 figure.

Finally, 67% of respondents stated they would rather buy from a company “that seems to have made a small mistake and responded quickly” rather than one that has “never made a mistake.”

Do you have any suggestions; or, ideas what digital marketing news topics you’d like us to look out for in the future? Write your requests below. We’ll keep an eye out (or two) so you don’t have to – and all for FREE, of course.

In the meantime, you can take a look at our email marketing blog for useful advice, tips, tricks and best practices. We will also keep you up-to-date with the most recent email news, social media news, search engine news as well as PPC & Ads news.