A lot has changed in the digital marketing world since our last News In Brief post.

But, before we dig in with the top 10 picks of digital marketing news for mid-July, I want to quote Rob Siltanen (Founder of Siltanen & Partners Advertising): “Here’s to the crazy ones. The misfits. The rebels. The troublemakers. The round pegs in the square holes. The ones who see things differently. They’re not fond of rules. And they have no respect for the status quo. You can quote them, disagree with them, glorify or vilify them. About the only thing you can’t do is ignore them. Because they change things. They push the human race forward. And while some may see them as the crazy ones, we see genius. Because the people who are crazy enough to think they can change the world, are the ones who do.”

It makes you think, doesn’t it? Change is constant; it’s happening all around us and in order for our businesses (and lives) to be on track with it we must keep up.

In this article, we’ll cover these 10 digital marketing news that managed to somewhat leave us deep in thought …

1. Google Speed Update will only impact the mobile search rankings of the slowest of sites on the Internet

Time is of the essence; when you’re looking for answers to your questions you want to get them as fast as possible. Google’s studies show that people really care about the speed of a page. And, considering Google is obsessed with speed in all their products and on the web, they included a new signal (way back in 2010) in their search ranking algorithm: site speed. Its purpose is to reflect how quickly a website responds to web requests.

We know speed has been used in ranking for quite some time;  however, that signal was focused on desktop searches. Now, six months after initially mentioning the Speed Update, Google updated their original post about it saying this is now ‘rolling out for all users’.

According to Search Engine Land, Google has begun incorporating the new Speed Update algorithm in the mobile search results as a search ranking factor.

All this makes me wonder, how does Google consider web pages to be fast or slow exactly? Hmm …

Earlier this year, Facebook announced a digital marketing news that got us excited. They’ll be testing a range of new tools and experiences for the creator community to help them connect with fans and build their businesses. Good job, Facebook!

But, how will that help brands and businesses connect, partner up, make deals with creative content producers and so forth? By launching a tool called Brand Collabs*.

This tool allows brands to search and find creators in order to establish deals and partnerships. And, from creator’s point of view, Brand Collabs allows users to showcase work with insights and analytics to prove its value.

This is all great and useful but, where does video fit in?

Well, Facebook emphasised they want to help creators connect with their audience through – drum rolls, please – video. And, unsurprisingly, it looks like video will be a massive part of how Brand Collabs develops.

Recently, Search Engine Watch also mentioned this interesting development and stated that with video being central to Facebook’s plans it can leverage the community-driven backbone of the site to drive unique types of content and mark itself out from the Google/YouTube dominated part of the digital world.

*Brand Collabs is currently only available in the US but it’s expected to roll out further soon.

3. Google’s response to criticism of the new Google My Business dashboard

In May, Google announced – for the first time – that agencies can register accounts on Google My Business. It was also at that time, they mentioned the all-new dashboard design.

The new Agency Dashboard was rolled out, a month later,  and it allowed users to manage thousands of Google listings in one place. Previously, a single Google My Business account was limited to managing only up to 100 locations; but now, agency accounts have the capability of managing an unlimited number of locations. Hip Hip Hooray!

However, a recent SEJ article mentioned users have been fairly critical of the new dashboard and Google’s feedback to those criticisms came in the form of an FAQ. The biggest search engine in the world say what?

Despite the fact that said FAQ was designed towards responding to some of the most common concerns I’m still shocked by the indirect approach.

Bing is Microsoft’s attempt at unseating Google and trying to nuke it out of the way; but, it ain’t going to happen anytime soon. Despite their efforts, they’re still not even remotely close to convincing users to switch allegiance. Just check the stats, Google market share worldwide is 90.3% compared to Bing’s microscopic 3.21%. Numbers don’t lie!

And if you don’t believe the numbers just take a look at Bing’s cock up regarding Ads tag and their attempt at resolving it, yet again.

What cock up you might ask? Well, one major complaint searchers have with Bing search results is that their Ads tag on sponsored results is barely noticeable, and people are clicking on ads without even realising they are, indeed, ads. Sneaky!

Didn’t the same thing happen in September 2017, too? Yep, it did. And Bing ran another test then to make their Ads tag look almost identical to Google’s. Hmm … Copycat.

But let’s get back on track, The SEM post recently covered this same issue and said Bing is testing, yet again,  a new search results page which will make it much more clear that the sponsored Bing Ads are, as a matter of fact, ads.

Both giants have taken steps to ensure users can see the ads ran by any organisation.

In June, Facebook announced it’s making major changes which will allow users to view any currently active ads. In addition, users will also have the opportunity to see any changes made to the page (ex. page name or creation date).

At the same time, Twitter unveiled their Ads Transparency Center which was initially announced in October 2017.

The reason behind these changes, according to Distilled, is the increasing pressure put on social networks to be more responsible for the ads on their platform. A major factor that drew attention to the issue was the interference in the US presidential election by Russian companies using bots and adverts on Facebook and Twitter.

What do you think about these changes? Good, bad, indifferent?

6. Snapchat and Amazon will team up on in-app shopping

I’m honestly not a huge Snapchat user and every time I think about it I associate it with selfies with animal’s ears (cats, deer, dogs etc.) or dancing hot dogs. Hence, if I’m not at least two Margaritas down and thinking about making a fool out of myself with some friends I don’t bother with it.

However, according to Mashable, we might soon have a reason to associate the messaging app with something completely different – shopping.

Rumour mill, also known as TechCrunch, reported that the new feature – codename ‘Eagle’ – will let users shop on Amazon by pointing their camera at surrounding objects. Now that might make me reconsider my stance on the matter.

A Snap’s spokesperson declined to comment but, the fact that the code was found in Snapchat’s Android app suggests the company is at least testing the technology.

And let’s be honest, Snapchat will benefit tremendously from such partnership – don’t you agree?

I bet we all wished, at some point in life, we had  Harry Potter’s cloak of invisibility. It would’ve made things so much easier and way more fun and secretive. But, we don’t always get what we wish for. Except for YouTube.

The YouTube app on Android is getting a nice new feature, or so says the Verge.  It’s Incognito mode which will allow users to privately watch and browse videos on their mobile app without a worry. At least, that’s what 9to5Google stated.

After last month’s announcement that Instagram will be bringing shopping to Stories our interest was piqued and we decided to keep track of this development. And, aren’t you lucky we did?

Social Media Today provided an update about this, just a month later, saying that Instagram will soon be making its shopping tags for Stories available to all brands which have enabled shopping on Instagram.

Obviously, there will be some requirements advertisers will need to meet but, overall, we are excited and it seems things might be headed in the right direction.

The fallout over Cambridge Analytica, which revealed how user data was stealthily obtained by using quizzes and then allocated for other purposes (like targeted political advertising), continues.

The UK Information Commissioner’s Office announced it would be issuing the social network with its maximum fine, £500,000 after the conclusion it “contravened the law” – particularly the 1998 Data Protection Act – “by failing to safeguard people’s information.”

This information was also confirmed by Tech Crunch and BBC.

Luckily the fine was based on the prevailing law at the time of the breach – DPA1998 – under the new GDPR it would have been 4% of global turnover!

Data about a website visitor’s identity can pass through a dozen ad tech firms before an ad is even loaded. And, under Europe’s General Data Protection Regulation (GDPR), each firm must have the user’s consent or another legal basis to access their data.

A month before GDPR kicked in (May 25), hundreds of ad tech companies launched software together to verify consent before displaying ads. Not Google though.

Three days before GDPR, Google announced it won’t be joining the consortium of advertising technology companies until August. Reuters reports that the delay in entry has spoiled the members’ push to comply with the, relatively, new European privacy law leaving some companies exposed to fines.

Google declined to comment but repeated over and over again that GDPR “is a big change for everyone” and they are working with partners on compliance. You don’t say?

Well … if I was one of those ad tech companies I would be furious. With GDPR fines reaching as high as 4% of a company’s annual revenue, who wouldn’t be?

Shame on you Google.

I’m looking forward to the digital marketing news topics and areas you would like us to look out for in the future. Write your requests below and we’ll keep an eye out so you don’t have to – and all for FREE, of course.

You can also take a look at our blog for more digital marketing news, email tips and so much more.

And, whilst you’re waiting for our end of month digital marketing news article why not sign up for your free email marketing account and have some fun! 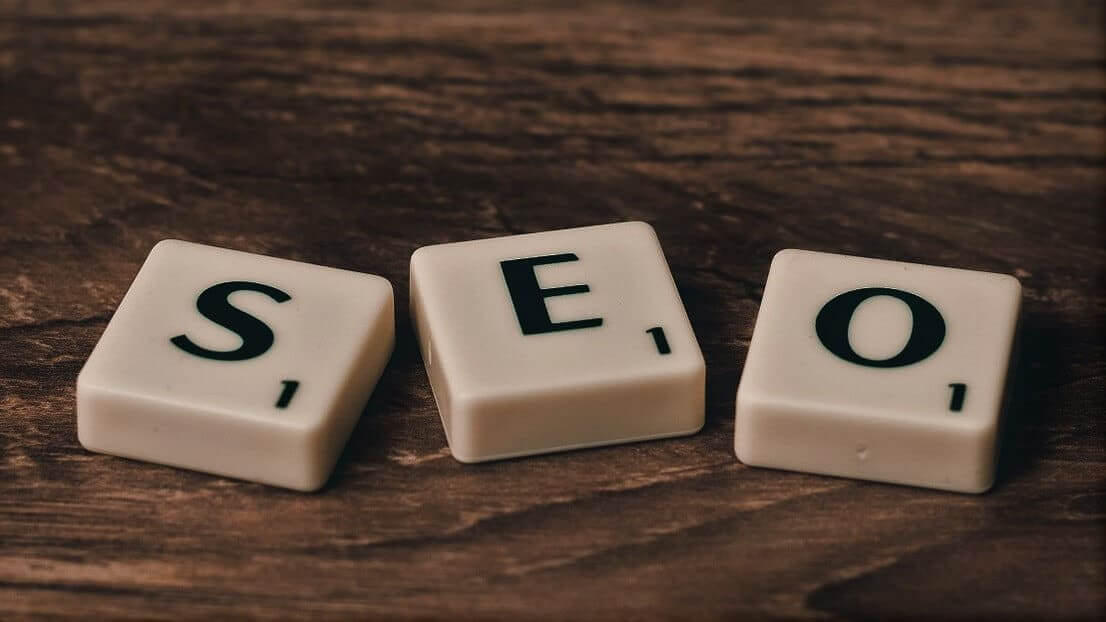