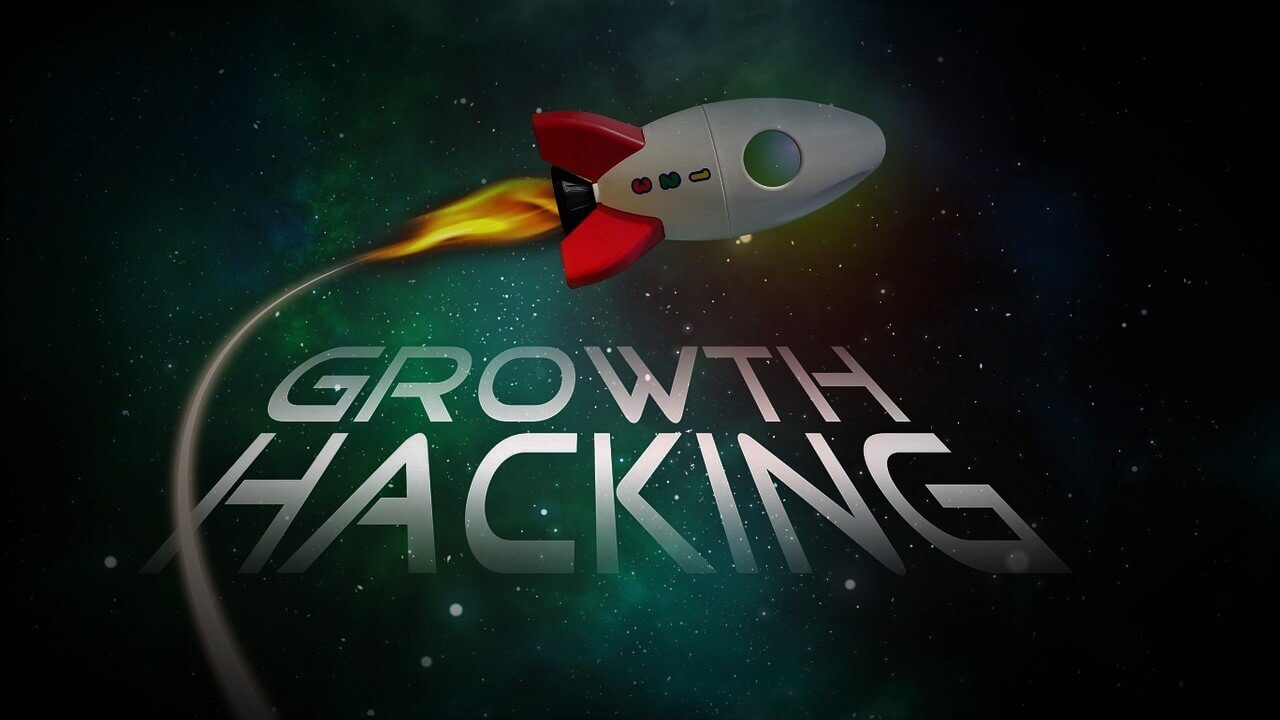 Every business needs to grow to survive. How you do that, though, depends largely on the stage you’re at in your company’s development.

“People need to understand the why before the what. Why are failures a big part of the process? Does it take longer to get results for one thing over another? Why is this the most important area to focus on?” – Brian Balfour, VP of Growth at Hubspot

In this blog post, we’ll explain the core differences between two approaches: growth hacking vs digital marketing – and how to know which approach is right for you.

Read on to discover:

What is Growth Hacking?

Growth Hacking involves experimenting across lots of different marketing channels in a short span of time to try and find efficient ways to grow your business as cost-effectively as possible.

A lot of people make the mistake of thinking that this is all about faster growth. In fact, growth hacking techniques aren’t always speedier than more conventional digital marketing strategies (which we’ll look in a moment).

Typically, growth hacking is associated with startups that don’t have access to the same budgets, resources or marketing teams that a more established company does. Instead, they’re thinking up creative ideas that allow them to bypass costly growth strategies and expand enough to survive in the early stages.

At times, that could mean hitting on a genius idea that becomes a runaway success. Often, though, the reality involves trying out a ton of ideas that don’t involve financial investment, just to see what sticks. This process can be time-consuming and very hard to scale, which is why bigger companies often stick to more dependable, tried-and-tested digital marketing strategies instead.

It also takes an obsessive level of attention to data. You need to be watching the numbers all the time, ready to pounce on anything that shows signs of taking off.

Take Dropbox. The online storage and file-sharing company is now hugely successful, but in its earliest stages, it struggled to sign people up.

Dropbox was spending a fortune on PPC ads – far more than the $5/month subscription-free they earned from each new signup. They needed a way to onboard many more people for free.

So here’s what they did:

Dropbox adopted a referral system that offered their existing customer free space for every new person they signed up. Suddenly they had all these people sending out emails and doing their marketing for them, without upfront costs at their end. It worked a treat.

Or what about the clothing brand Nasty Gal?

Founder Sophia Amoruso (author of #GIRLBOSS) started out selling vintage clothes on eBay when she was broke, quickly realising that all the work of sifting through piles of junk in rag houses was only worth it if you could hone in on what people would pay a premium for. Experimenting revealed that she got a lot more clicks when she showed real people wearing the items, but she couldn’t afford to hire models… so she befriended girls with striking looks on MySpace, paid them in hamburgers to model the clothes and carefully analysed the conversion rates for each image. By matching the right pieces to the right looks, she could market quirky pieces that might have gone for a few dollars as ultra-cool, high-fashion items that made a tidy profit.

Before long, Amoruso had set up her own site, marketing her items to her huge social media following on MySpace and then Instagram (before everyone was doing it) and started selling original pieces, as well as vintage. Today, Nasty Gal is a fashion brand with a global presence.

What is Digital Marketing?

Whilst Growth Hacking is all about testing, experimenting and trying out wild new approaches, long-term digital marketing strategies tend to focus on establishing what works and tinkering with this over time to steadily improve results without escalating risk.

These kinds of strategies are usually more about building customer loyalty for the long haul rather than grabbing attention with a novel tactic no one else has tried. Rather than solely looking at patterns in data, digital marketers will think about the hard-to-measure stuff like storytelling, brand affiliation and emotional engagement. Boosting online presence and building brand recognition is as important here as simply triggering a 10% spike in signups this month, for example.

Of course, digital marketers need to be creative and adaptable, too. You can’t survive today’s competitive online marketing world if you’re a dinosaur. However, they do tend to wait and see which growth hacking strategies prove themselves before following down that particular road.

Typically the kind of strategies that come under the umbrella of digital marketing include:

Final Thoughts: Are You a Hacker or a Marketer?

Growth hacking vs digital marketing certainly aren’t mutually exclusive approaches. Most startups will switch to an emphasis on more conventional digital marketing as they grow, not least because it’s more sustainable and scalable. Most companies that have logical, well-evidenced digital marketing strategies will experiment with something left-of-field now and again.

Just remember, on the one hand, that the results from growth hacking tend to be volatile and based on short-term novelty factors. And, on the other hand, that digital marketing strategies need to adapt and evolve over time. It’s always good to have a balance.

What Happened In The Digital Marketing World This Month

What Happened In The Digital Marketing World This Month