What’s Happening In The Search-verse

DuckDuckGo study shows more people would use Google alternatives if offered the choice, Google has made one of the biggest leaps forward in the history of Search and the release of the Search Console’s Speed report.

“Remember that with search engines, unlike other companies, all it takes is a single click to go to another search engine.” – Sergey Brin (co-founder of Google)

In this article, we’ll cover the following most recent search engine news:

A study commissioned by DuckDuckGo finds more people would use non-Google search engines if they were presented with a choice. 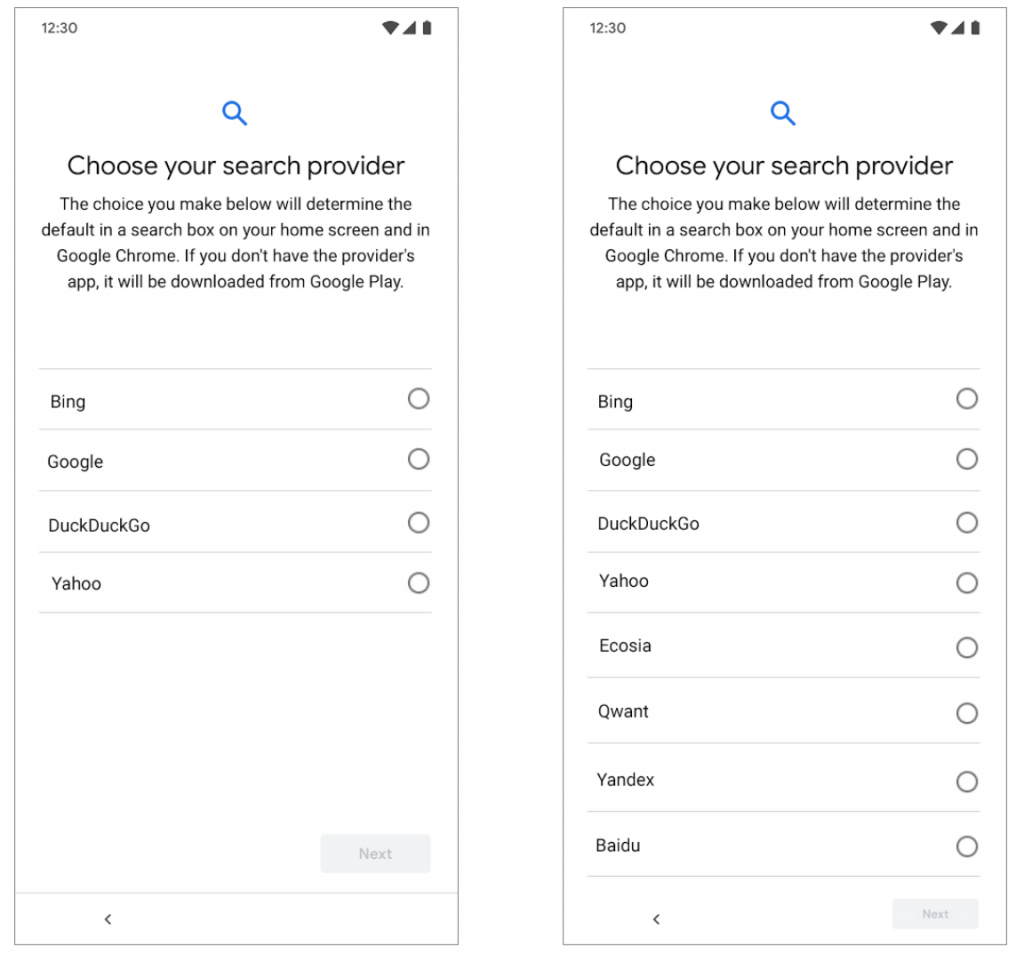 According to the study, people selected Google alternatives at a rate that would certainly boost their collective mobile market share by 300-800%. Overall mobile search market share would immediately change by over 10%. 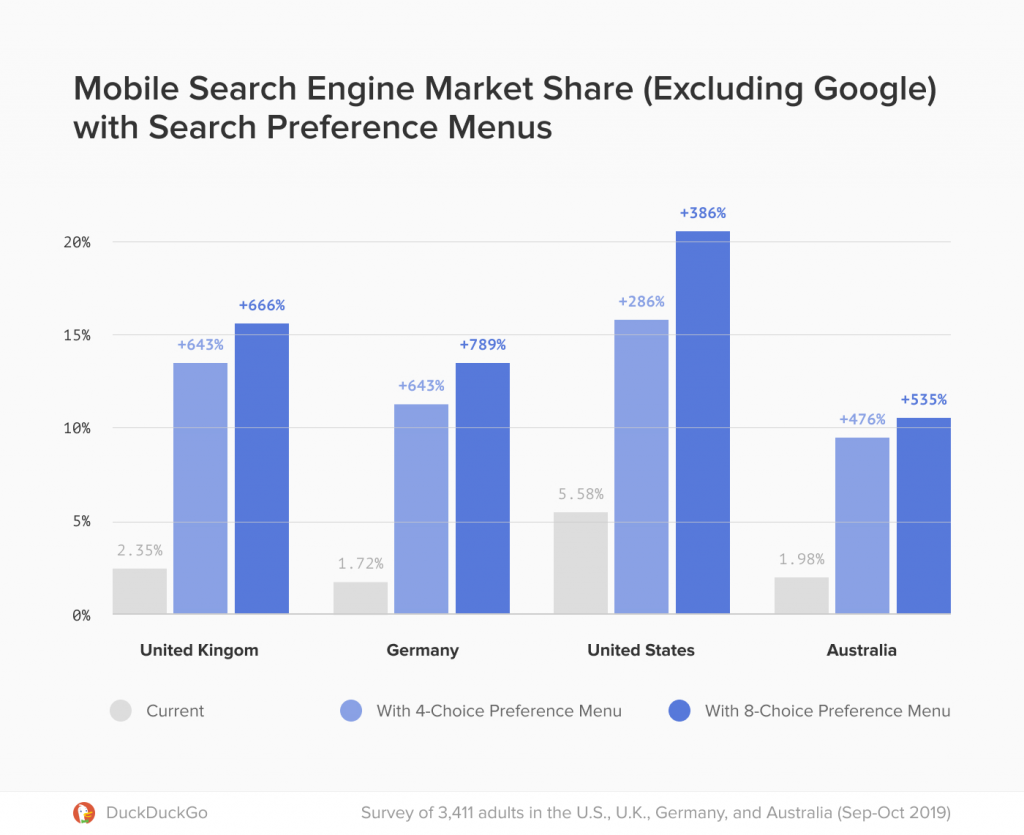 DDG suggests that today’s smartphone users are not aware of the fact they can switch their default search engine. The company says “…those who do attempt to change their Android search defaults face obstacles like hard-to-change home screen search widgets. Google’s pervasiveness in search is difficult to dissipate; the company has many levers that exert magnetic forces, pulling people into its search engine.”

Furthermore, the study goes on to state that DDG was the #2 search engine selected in the preference menus; which is an indication of consumer demand for a private search option.

As part of the study, DDG also enquired about user’s motivation to change search engines. The second most selected answer was “if it didn’t collect any personal data about me or my searches” with “better quality results” being the top answer.

The results of the study are based on survey responses from over 3,000 adults in the U.S., UK, Germany and Australia.

Google is rolling out a change to its core search algorithm that could change the rankings of results for as many as 10% of queries.

The update is based on a cutting-edge natural language processing (NLP) technique called Bidirectional Encoder Representations from Transformers or simply put – BERT. the technology was developed by Google researchers and has been applied to its search product over the last few months.

“BERT has helped us grasp the subtle nuances of language that computers don’t quite understand the way humans do.” – Pandu Nayak, Google Fellow and VP, Search

This breakthrough helps Google process words in relation to all the other words in a sentence, rather than one-by-one in order. BERT can, therefore, consider the full context of a word by looking at the words that come before; and, after it. It‘s particularly useful for understanding the intent behind search queries.

To put it simply, while the old Google search algorithm treated a sentence as a “bag of words”, the new algorithm is able to understand the context of the words and return results accordingly.

Google’s BERT update means that the concept of keyword stuffing is now history – for good. The company acknowledges that over time, people have been trained to think in terms of keywords, and they often use “keyword-ese” typing strings of words that they think search engines understand better but aren’t actually how they’d normally ask a question.

Give or take six months ago, Google began testing a new speed report within GSC. Now, that report is being released publicly to all Search Console users.

What are these reports? The Speed reports – located under the Enhancements section – help webmasters quickly find sections and URLs of their website that may have speed performance issues. From there, they can start diagnosing and addressing the issues which are slowing down their page loading times.

According to Google, webmasters should use this report for monitoring performance over time; as well as, for tracking fixes they made to their website.

Why should you care? As you probably know, speed is not only important for ranking in Google but also for your website visitors and for your conversion metrics. Having the data from this report available gives SEOs and webmasters one single place to go and see the information they need; without having to go into the PageSpeed tools. In addition, this report gives historical data on improvements or possible problems over time.

Do you have any suggestions or ideas what search engine news topics you’d like us to look out for in the future? Write your requests below. We’ll keep an eye out (or two) so you don’t have to – and all for FREE, of course.

In the meantime, you can take a look at our email marketing blog for useful advice, tips and tricks. We will also keep you up-to-date with the most recent email news, social media news, PPC & Ads news as well as other digital marketing news we found interesting. 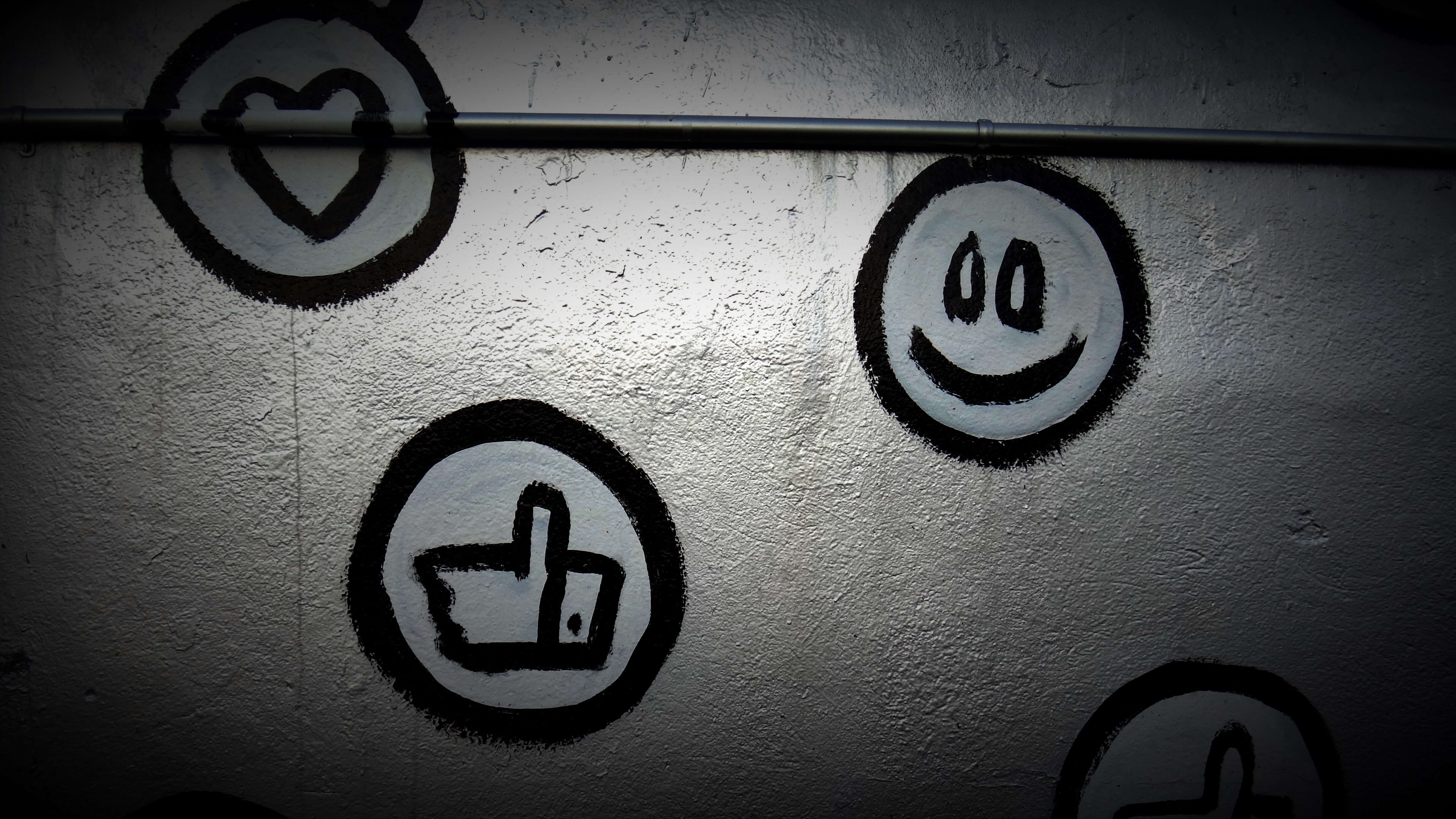