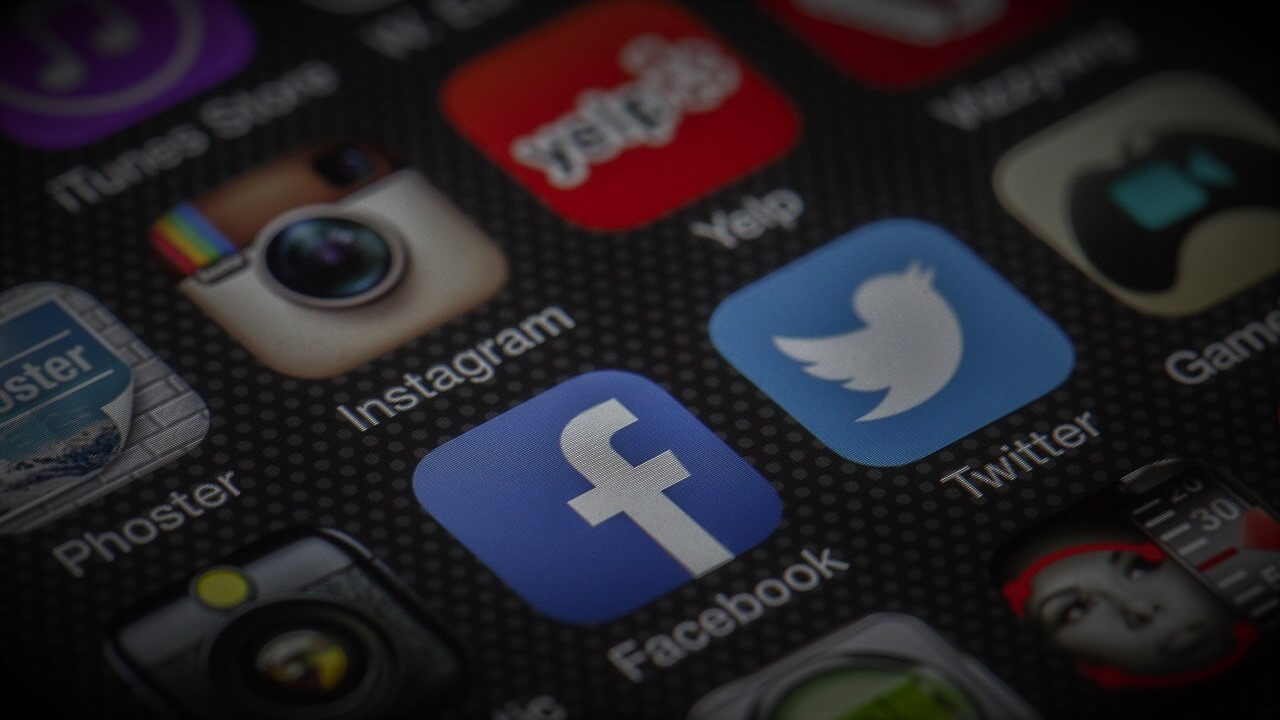 What’s New In The World Of Social Media?

“Social marketing eliminates the middlemen, providing brands with the unique opportunity to have a direct relationship with their customers.” – Bryan Wiener

Why should you care? This significant growth indicates Reddit now claims more monthly users than Twitter (321 million) and Pinterest (322 million). After undergoing a massive site redesign last year, the social network has reported an increase in page views and time spent on its website and app; along with user engagement growth. With the redesign complete, Reddit is focused on building out more comprehensive ad offerings. Something which the platform has been steadily accomplishing over the past year. This, coupled with a significant spike in users (this year), it is now prime time for advertisers looking to target niche audiences through a platform that keeps growing in terms of engagement.

According to Twitter, “to help marketers measure how their campaigns are driving brand lift, we are making Twitter Brand Surveys available for all managed accounts in the US, UK, Canada, Japan and Brazil. We developed Twitter Brand Surveys while keeping accessibility and actionability in mind; we wanted campaigns, small or large, to have access to survey studies and for brands to understand which specific tweets drove the highest lift.”

You’ve probably seen Twitter’s surveys come up every now and then, with prompts like the example below, asking you opinion on recently run campaigns. 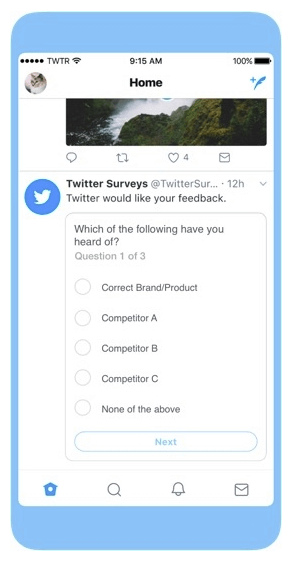 According to the birdy, these surveys can provide “insights beyond topline results”. Including details into how specific elements of your campaign and creative re driving brand lift.

The tool will give more brands an increased capacity to measure their ad performance – which can only be a good thing. However, its value will be relative to the questions asked, the initial ad, the brand itself and more. This can be hugely valuable in refining and improving tweet campaigns, though it may take some time to get down to the most effective approach of using the tool.

The option is also not available to all advertisers. As noted, Twitter’s brand surveys will be made available to managed accounts in the US, Canada, UK, Japan and Brazil. Those interested in running brand surveys studies will need to contact their Twitter account rep to check if they qualify.

As much as it doesn’t seem like a major data addition, the more insight the better – right?

Cross-account reporting. Now, when users are managing multiple Facebook ad accounts, they’ll be able to get a clearer, overall view of ad performance – all within the Ad Manager dashboard. As opposed to having to extract the data for each account. 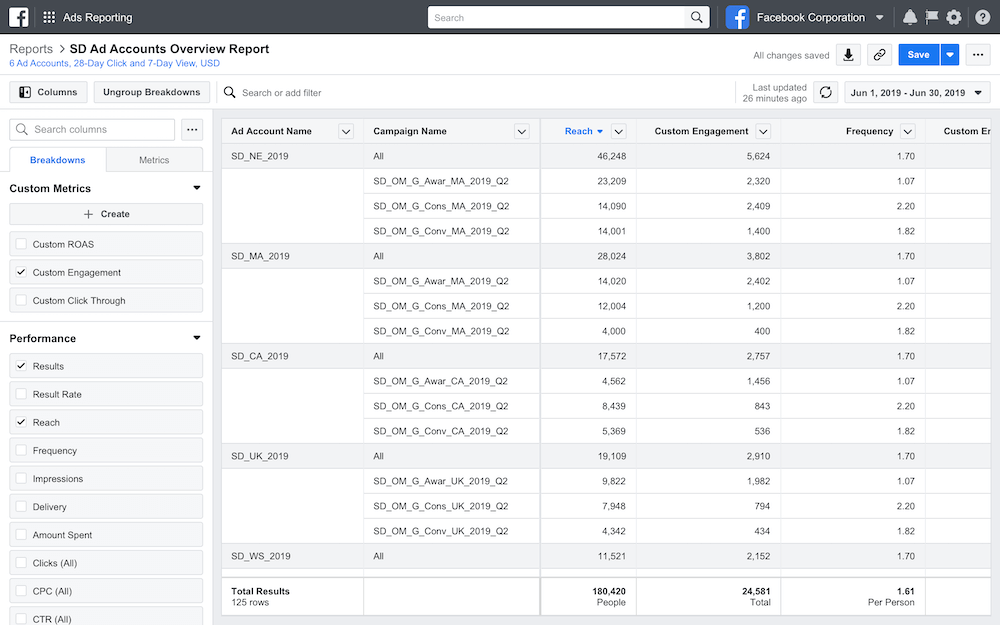 According to Facebook, “with cross-account reporting, you’ll be able to see metrics – such as reach, impressions, and conversions – across multiple ad accounts. This reporting surface serves as a one-stop-shop for a clear, concise report on your business’ performance; it will allow you to save time that was previously spent manually building reports.”

As you can see on the screenshot above, this new option makes it easier to measure and compare specific performance metrics across each of the accounts you manage. As well as streamlining your ad management process.

Additionally, the new listing will also display de-duped reach, a data option which is not available when you download the same reports manually.

Custom metrics. This new feature will enable advertisers to build the metric formulas of most relevance to their goals and then save them for ongoing tracking. 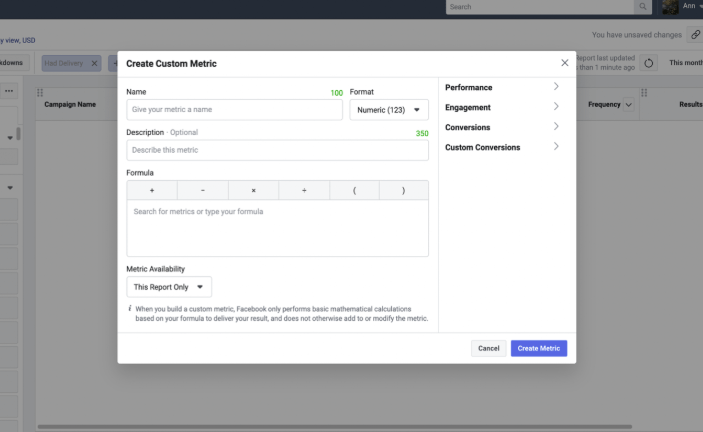 The option will unlock a more seamless process for accessing and optimising campaigns by allowing advertisers to build better reports that are more tailored to their business goals.

You can read more about these new features here. 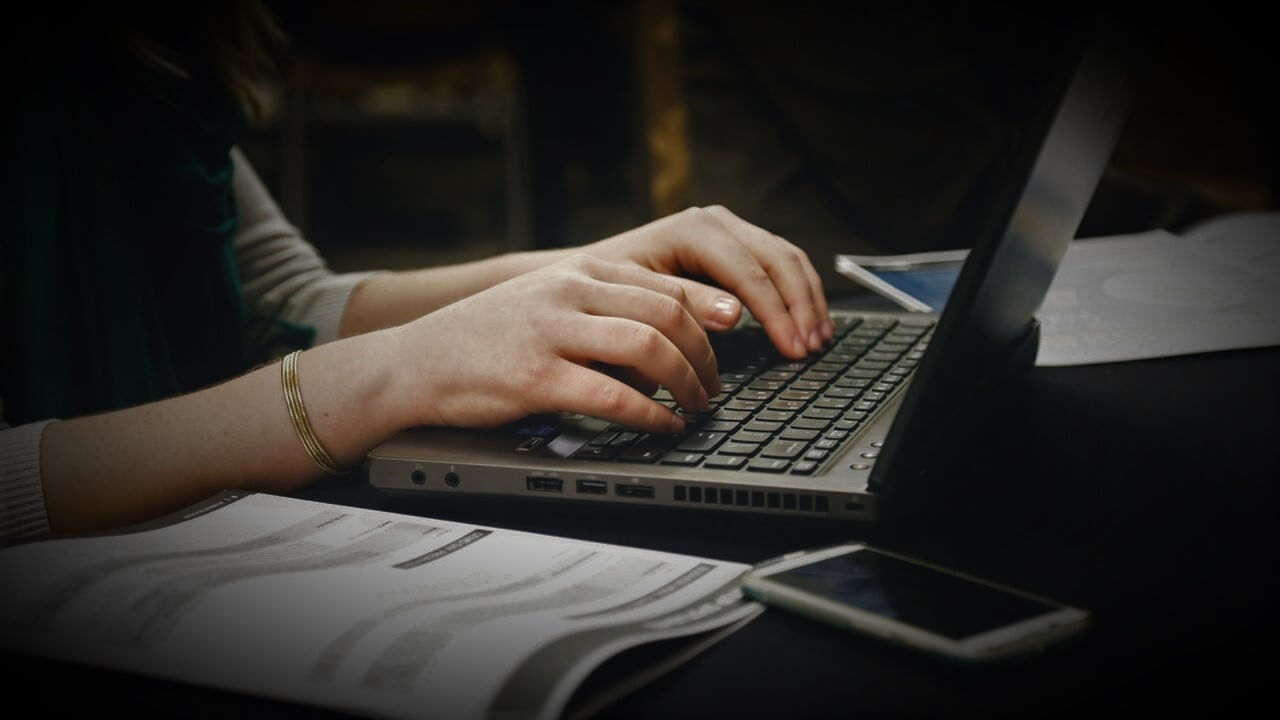 What Happened In The Email Universe?

What Happened In The Email Universe?